The Year Of The EMU Comic Book

It’s finally done – a year of EMU comics! After graduating from EMU, my goal was to make an EMU-bird comic each week. And I did so each week for a year (I actually made 54 comics – that’s two spares in case you don’t find one or two funny).

Attending a University should be fun, but it’s often tough. Tuition increases, class schedule conflicts and generally LIFE often gets in the way. To graduate, you need to solve fiances, time management, and often relationship “issues.” So, I hope my little comic brings you a little joy, laughter and happiness. When you need a break from studying, put down your textbook, and enjoy a strip or two.

Year Of The EMU Book

Year Of The EMU Book

How it all started.

Originally I designed my EMU-bird logo for fun. No one ever liked the Eagle logo (you can read all about Eastern’s logo kerfuffle if you dare open that can of worms). Then Eastern got all huffy because I was printing MY design on t-shirts. Their position was that anything green violated their trademark. Well, Jaffe (the best trademark law firm in Ann Arbor) said that Eastern was wrong. Eastern slinked away and the t-shirt printing continues for people who liked my EMU-bird logo – not every one does. Some don’t like my little EMU-bird; they want a more aggressive logo. Not me – I’m more about fun, silly and irreverence.

So I stared publishing my little comic strip to protest the bird-brained antics of the university. I think today students care more about a degree that lands them a good job; and less about football. More about keeping tuition low instead of paying coaches huge salaries. And a lot more about keeping stress low while trying to get good grades. So while most universities keep increasing costs with silly stuff, I’d rather BE a little silly. The acronym for Eastern Michigan University is a bird – let’s all embrace that bird. Hug it with both arms and be the bird. Flightless as it may be, it is huge (if you’ve never see one). It’s the obvious mascot for Eastern. And now it lives in a little coffee table, comic strip, book.

Your cart is empty 🙁

The old shopping cart link – best for the download version. 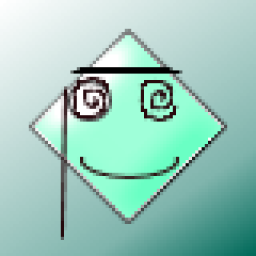